In honor of the Supreme Court striking down DOMA this week (and in memory of my friend Daryl, and with respect for his loving partner Wayne)  I offer up this sonnet by Shakespeare, who knew a thing of two about love:

Let me not to the marriage of true minds
Admit impediments. Love is not love
Which alters when it alteration finds,
Or bends with the remover to remove:
O no! it is an ever-fixed mark
That looks on tempests and is never shaken;
It is the star to every wandering bark,
Whose worth's unknown, although his height be taken.
Love's not Time's fool, though rosy lips and cheeks
Within his bending sickle's compass come:
Love alters not with his brief hours and weeks,
But bears it out even to the edge of doom.
If this be error and upon me proved,
I never writ, nor no man ever loved.


Here's to striking down unconstitutional impediments. Bravo!!  (Speaking of Bravo, I really should have a poem here honoring Wendy Davis of Texas!  And I should have another poem about how disappointed I am with SCOTUS's Voting Rights decision....my gosh, what a week!)

On the Idea of Learning More

First, watch this video from NASA. Pure visual poetry that reminds us the world is large and amazing, its people varied.

Next, try reading this poem aloud (and it should definitely be aloud):

It sounds like one of those wonderful children's counting games out on the playground, doesn't it? But it's a list of the different permutations of the Salishan language group spoken by many Native Americans in the Pacific Northwest. And the list comes to me via the The World Atlas of Language Structures.

A World Atlas of Language Structures???? Who knew there was something so strange and wonderful?  Granted, it's not for everyone. But as far as I'm concerned - ooh! For example, Chapter 13 talks about "tone" in different world languages:


"All languages make use of variations in the musical pitch of the voice as part of their sound systems, but they differ in the ways in which modifications of pitch are used and how many different types of functions are served by pitch variations. Linguists distinguish between two of the major uses of pitch as tone and intonation. Intonation is the term that is used to describe sentence types, such as question versus statement, or to indicate whether a speaker has finished or intends to continue speaking, or to show which parts of an utterance present new or highlighted information versus old or less significant information.


Tone is the term used to describe the use of pitch patterns to distinguish individual words or the grammatical forms of words, such as the singular and plural forms of nouns or different tenses of verbs. In the simplest cases, each syllable of a language with tones will have its own characteristic tonal pattern, which may be a relatively flat pitch at a particular level, or may involve the pitch rising or falling over the duration of the syllable. When the pitch has a moving pattern of this sort, the tone is described as a contour tone."

Click here for a world map that shows tonal pattern groups. Apparently, English is one of 307 languages that has "no tone." How can that be? That can't be right. Must learn more. Navajo and certain forms of Japanese are on the list of 132 languages that have "simple tone systems" and Cantonese, Mandarin, Thai and Vietnamese all have "complex tonal systems." Something to do with tone within syllables. Must learn more!

Be sure to click on Gender Types (some languages include five genders that have to have subjects, modifiers and verbs agree syntactically, while English only has three -he, she, it - and Spanish/French only have two - he/she.) Hard to imagine what there is besides he/she/it - isn't it? (Must learn more.)

And don't miss Rhythm Types (English is essentially trochaic, that's a surprise. Swedish, Russian, Turkish have no rhythmic stresses, how is that possible? Winnebago and Yup'ik are iambic - wish I could hear that.)  Here's the map that shows Rhythm Types around the world.

The list of language features at that site goes on and on. Some sound dull. Some sound like Interesting Stuff, bound to inspire a few poems. My kind of site.
-----------------------------
The Poetry Friday Round-Up this week is being hosted by Carol over at Carol's Corner. Head there to see what other people have posted.
at 1:45 AM 5 comments: 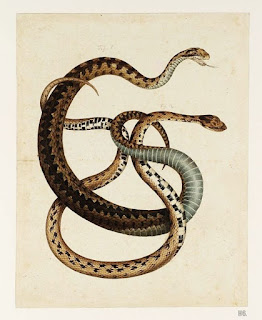 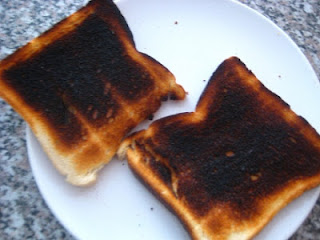 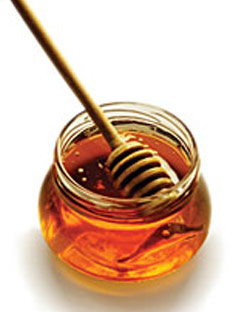