I'm pleased to hear that a book of new and selected poems by Ursula K. Le Guin will be published soon. The title is Finding My Elegy, due out in September. Le Guin is not thought of as a poet, but a poet she is and has been since before she was publishing fiction. As a poet, she summons not only the necessary leap of imagination good poetry requires, but also a fine control of the formal elements of a poem. These qualities show up in her fiction, of course. Here are two of my favorite Le Guin poems; both can be found at her website, along with many others, and I have my fingers crossed that they will be in the new volume of her work. if you came to The Drift Record today via Poetry Friday, please go read a few more poems at her website after you finish the PF rounds. While you're at it, sample the essays, prose fragments, writing advice, speeches, political writing, rants  - she calls them rants -  and links inspired by her social activism. She's amazing. And thanks go to Leda Schubert, for pointing me to this interview today in Slate and to Uma Krishnaswami for this audio conversation with Le Guin and Margaret Atwood on Oregon Public Radio.

I have dreed my dree, I have wooed my wyrd,
and now I shall grow a five-foot beard
and braid it into tiny braids
and wander where the webfoot wades
among the water’s shining blades.
I will fear nothing I have feared.
I’m the queen of spades, the jack of trades,
braiding my knives into my beard.
Why should I know what I have known?
Once was enough to make it my own.
The things I got I will forget.
I’ll knot my beard into a net
and cast the net and catch a fish
who will ungrant my every wish
and leave me nothing but a stone
on the riverbed alone,
leave me nothing but a rock
where the feet of herons walk.


Learning the Name
for Bette

The wood thrush, it is! Now I know
who sings that clear arpeggio,
three far notes weaving
into the evening
among leaves
and shadow;
or at dawn in the woods, I've heard
the sweet ascending triple word
echoing over
the silent river —
but never
seen the bird.

Le Guin is also a translator of the Chilean poet Gabriela Mistral, winner of the Nobel Prize for Literature. I wish all poets took it upon themselves to do some translation work - it makes a difference in our own writing to have studied at such a close level the musicality and rhythms of poetry written in another language.

It's Friday the 13th - superstitions abound. Mustn't rock a rocking chair if no one is in it. Mustn't open an umbrella indoors. When I was in Rome several years ago, I wrote a poem about "bad signs" - all a part of the world of superstition. You'll find it below. And don't miss the post (and wonderful illustrations) of my fellow blogger, Julie Paschkis, over on Books Around the Table - she's thinking Friday he 13th, too! 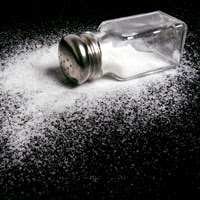 Bells on the right: Bad night.
Bells on the left: Love in doubt.
Bells straight ahead: Watch out.
Bad sign. Touch salt.

Face in a window, window cracked:
Bad sign, worry and waste.
Bread in half, in half again,
crumbs in a circle: No friends.
Circles in a square, squares in a line,
lines in a circle: Bad signs.