First let me say Happy New Year to everyone. By the time next Friday drives up and honks outside my house, it will be 2014.

Today I am answering a Facebook call from Diane Mayr: "Let's fill Facebook with beautiful art." All I had to do was let Diane know I was interested, and she assigned an artist: Elin Kleopatra Danielson-Gambogi. ("Don't you love the name?" she asked. Yes, I do! And why have I never heard of this wonderful painter????) Danielson-Gambogi was Finnish, born in 1861, died in 1919.  Look her up online - she painted many quiet moments, many women. I love these three especially (and I'll toss a poem into the mix for that third one):


In honor of Poetry Friday's last Friday of the year, here's a poem that converges with Danielson-Gambogi's lovely painting titled "A Sunny Day" (even though the painting is unseasonal for Seattle!):

How much better it is
to carry wood to the fire
than to moan about your life.
How much better
to throw the garbage
onto the compost, or to pin the clean
sheet on the line
with a gray-brown wooden clothes pin! 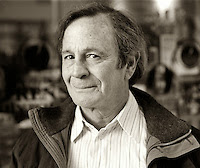 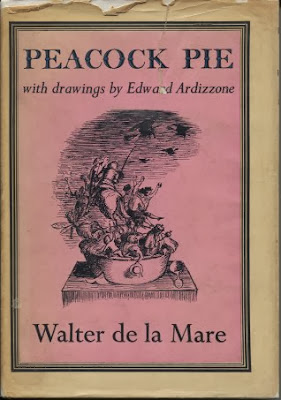 From time to time, I find myself longing for a taste of Peacock Pie - one of my favorite books of poetry, written by Walter de la Mare. I've posted poems from it twice here at the Drift Record, both times for Poetry Friday, once last March and once way back in September of 2008. All I need to do, when I've pulled Peacock Pie down from the shelf, is find a couch, a blanket, a mug of cocoa, and have nothing in the world to do but enjoy the moment:

Sunlight, moonlight,
Twilight, starlight---
Gloaming at the close of day,
And an owl calling,
Cool dews falling
In a wood of oak and may.

Lantern-light, taper-light,
Torchlight, no-light:
Darkness at the shut of day,
And lions roaring,
Their wrath pouring
In wild waste places far away.

Elf-light, bat-light,
Touchwood-light and toad-light,
And the sea a shimmering gloom of grey,
And a small face smiling
In a dream's beguiling
In a world of wonders far away.

Not sure exactly why, but the effect this poem has on me resembles the experience of eating peppermint bark candy in December - maybe because both are just a little different from the normal sweet treat: they're sugary but they have some snap, they're layered - it's that crushed-candy-cane element, unexpected - and then there's white chocolate, dark chocolate, just sweet enough. 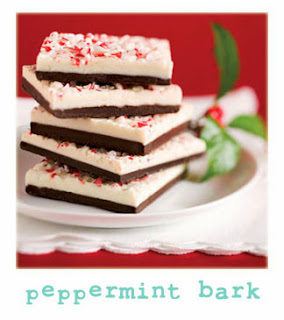 I know, that's a weird thing to say, but the two things - a Romantic Imagination and peppermint bark candy - converge.


I just heard on the news tonight about Nelson Mandela's death. During his long incarceration in various South African prisons, he is said to have recited the following poem to fellow inmates in order to share its empowering "message of self-mastery."  So I wanted to share it with you, by way of remembering Mandela's long, long struggle against apartheid.

Out of the night that covers me,
Black as the pit from pole to pole,
I thank whatever gods may be
For my unconquerable soul.

In the fell clutch of circumstance
I have not winced nor cried aloud.
Under the bludgeonings of chance
My head is bloody, but unbowed.

Beyond this place of wrath and tears
Looms but the horror of the shade,
And yet the menace of the years
Finds and shall find me unafraid.

It matters not how strait the gate,
How charged with punishments the scroll,
I am the master of my fate:
I am the captain of my soul.


Mandela's message of reconciliation (as opposed to revenge) is one that world leaders need to be listening to, I think.

If you haven't read J.M. Coetzee's The Life and Times of Michael K., be sure to do so - short, powerful and haunting, and a good beginning point for learning more about the devastating effects of institutionalized racism, imprisonment and civil war.
-----------------
Robyn Hood Black is hosting this week's Poetry Friday round-up. Head over there to see what other people are sharing.
at 2:47 AM 7 comments: