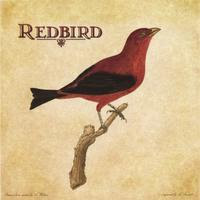 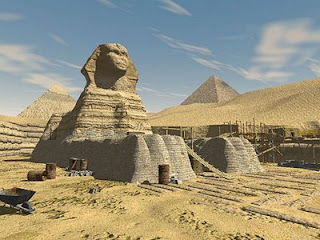 "Probably some of us were taught so long and hard that poetry was a thing to analyze that we lost our ability to find it delicious, to appreciate its taste, sometimes even when we couldn't completely apprehend its meaning. I love to offer students a poem now and then that I don't really understand. It presents them with the immediate opportunity of being smarter than I am. Believe me, they always take it. They always find an interesting way to look through its window. It presents us all with a renewed appetite for interpretation, one of the most vibrant and energetic parts of the poetry experience."


This sense of undetermined meaning is something I think poetry excels at, and, like Naomi Shihab Nye, who is quoted above, I love offering up the mysteriies of it to children. Kids spend far too much of their time in school being taught specific, determined answers to specific, determined questions. It's not the fault of the teachers, but of those people who ask for "measurable" progress....the Assessment Squads with their standardized tests. Where does poetry (much less mystery) fit into standardized curriculum? One of the great joys of being able to come in as a special guest to schools is the permission I have to send kids off into mystery and uncertainty. They take to it like fish to water.

"If we can offer each other a cognizance of mystery through the poems we share, isn't that a greater gift? Won't a sense of inevitable mystery underpinning our intricate lives serve us better than the notion that we will each be given a neat set of blanks to fill in -- always? Poems offer that mystery. Poems respect our ability to interpret and translate images and signs. Poems link seemingly disparate parts of experience -- this seems particularly critical at the frenzied end of the 20th century."

Again, Nye captures something with I agree completely - that a sense of "inevitable mystery underpinning our intricate lives" is a more useful philosophy than a sense that the answers are the point. That's why I filled my latest book, IMAGINARY MENAGERIE, with questions, not answers. And one of my favorite poems from that book is the one that I allowed to stay the strangest. I love to think a child will go to bed thinking about this:

The riddle maker
is silent now.
So the sand asks:
How?
Why?
When?
But the cat-man sleeps.
He never even stirs.
No one can answer
the sand.


---------------------
Poetry Friday this week is hosted by The Holly and the Ivy. Though April, you can find out who's hosting by going to A Year of Reading, where Mary Lee is taking over the organizational responsibilities of lining up hosts for awhile. Thanks to Kelly Herold, Organizer Extraordinaire, of Big A little a for all her hard work keeping Poetry Friday healthy and hosted - she'll be taking a break now.

Congratulations to Naomi Shihab Nye, who was awarded the 2008 Cybil Award for Poetry, for her book HONEYBEE. [That link will take you to Powell's Books, an old Portland independent - I'm only linking to independent bookstores now, not Amazon.] HONEYBEE is a superb collection, and Ms. Nye's work (for both adults and children) has always impressed me. It was an honor to have IMAGINARY MENAGERIE on the Cybil shortlist with her. Here's a poem I particularly like (not from HONEYBEE, but from THE WORDS UNDER THE WORDS: COLLECTED POEMS):

Skin remembers how long the years grow
when skin is not touched, a gray tunnel
of singleness, feather lost from the tail
of a bird, swirling onto a step,
swept away by someone who never saw
it was a feather. Skin ate, walked,
slept by itself, knew how to raise a
see-you-later hand. But skin felt
it was never seen, never known as
a land on the map, nose like a city,
hip like a city, gleaming dome of the mosque
and the hundred corridors of cinnamon and rope.

Skin had hope, that's what skin does.
Heals over the scarred place, makes a road.
Love means you breathe in two countries.
And skin remembers—silk, spiny grass,
deep in the pocket that is skin's secret own.
Even now, when skin is not alone,
it remembers being alone and thanks something larger
that there are travelers, that people go places
larger than themselves.

For a wonderful interview, during which Ms. Nye articulates many things I believe are fundamentally, deeply true about poetry, go here.

Poetry Friday - From the Poetry Stretch

On Wednesday, I posted a response to Tricia's Poetry Stretch challenge for the week (a love poem with no terms of endearment and no "romantic stuff.") For Poetry Friday, I'm posting a response to a previous Poetry Stretch that I didn't get around to in time, but which stayed with me until I got it right. Here's a rhyme of the Diminishing sort, with a nod to Robert Frost for the title:

It was easy. Many recommended
me. I was praised, I was commended
for my durability, that is, I mended
fast and often. To mend
is a fine skill, all the broken men
told me. 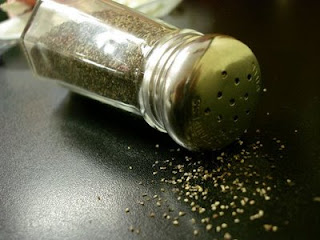 Last week my mind was on salt, this week it's moved to pepper. Tricia over at The Miss Rumphius Effect challenged us to write a love poem without any terms of endearment or adoration, no "romantic stuff." Here's my response, though the word "my" in the next-to-last line might be a bit of a cheat:

A VALENTINE OF SORTS TO MY HUSBAND

with thanks to Wikipedia

but not the British engineer (mechanical)

and not the British author (vindemial)

not the British painter (pictorial)

and not the singer-songwriter (lyrical)

not payment for documentation (legal)

but You, my peppercorn (spicy & irresistible)

and Me (yes, hungry & yes, combustible.)

I like the trajectory of that - mechanical, vendemial, pictorial, lyrical, legal, tri-cylindrical, irresistible, combustible. It's not a poem, really, and it's really not a love poem. But it was fun.
at 10:48 AM 3 comments: 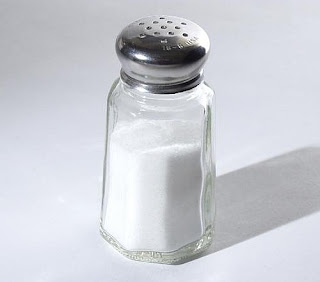 I used this poem by Billy Collins in a class I taught today - there's just something about that salt on the tongue.....

Elaine Magliaro is hosting the Round-Up this week over at the Wild Rose Reader.