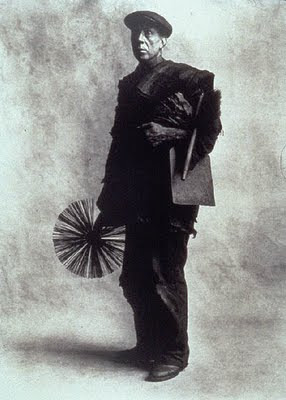 The famous photographer Irving Penn, probably best known for his fashion photography, died yesterday at age 92, just a month after the Getty Museum's exhibit Irving Penn: Small Trades opened. It runs through January - I'd love to fly down to L.A. to see it. The show is a collection of photos Penn made in in the 1950's in Paris, London and New York of working people in their work clothes, with the instruments of their trade. Above is Penn's picture of a London Chimney Sweep. Click here to see a slide show of the exhibit. Penn once said, "I myself have always stood in the awe of the camera. I recognize it for the instrument it is, part Stradivarius, part scalpel."

Penn also made the portrait below of an extremely young Truman Capote which makes you think that maybe it would be have been nicer to be a chimney sweep than to be Truman Capote. 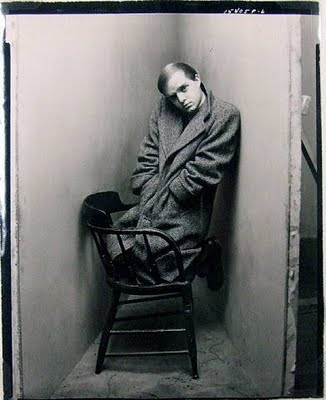 You can read a lovely essay about Penn, written by Owen Edwards, over at the Design Observer.
at 2:17 AM