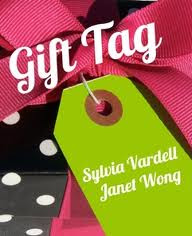 I'm proud to have a poem in the third book of the PoetryTag eBook series edited by Sylvia Vardell and Janet Wong. Gift Tag is now available to download to your computer or your Kindle reader. The theme (or maybe I should say the jumping-off point) of the book is "gifts," either given or received. Here are the first four lines of my poem, just as a teaser (you have to download the eBook to get the rest...though you can see the photo which inspired it, below):

It's an honor to be in their company. And if you don't know the editors, you should check them out.

Sylvia blogs at Poetry for Children, in addition to being "Professor at Texas Woman's University, author of POETRY ALOUD HERE, and POETRY PEOPLE, and CHILDREN'S LITERATURE IN ACTION, editor of the annual review guide, LIBRARIANS' CHOICES; avid reader, movie lover, and zealous traveller....")

Janet's has other eBooks in her repertoire besides the Poetry Tag series - look for Behind the Wheel: Poems about Driving and Good Luck Gold as well as Once Upon a Tiger: New Beginnings for Endangered Animals.

Sylvia and Janet are such energetic souls, and they love poetry for kids. Their own web page for Gift Tag shows all the photos that inspired our poems. Here's the photo that inspired mine: 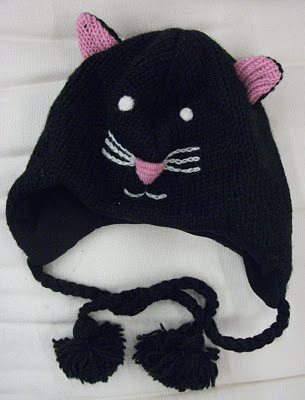 I absolutely love that hat, but it was hard to choose. Here was my second choice, which actually inspired Laura Purdie Salas to write the poem she contributed: 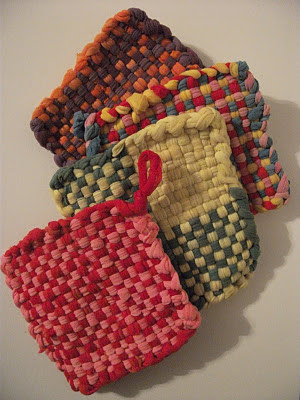 My mother, who is 85 this year, still has a few potholders just like this (remember those metal frames???) which I made and gave to her for Christmas 50+ years ago!

Hope everyone had a wonderful Thanksgiving, and filled themselves up to bursting on turkey, gravy, stuffing, pickles, olives, green bean casserole, mashed potatoes, sweet potatoes, apple & walnut salad, cranberry velvet, sweet pickles, dill pickles, cream-cheese-stuffed celery, herb rolls and butter, pumpkin and berry and apple pies, all with whipped cream. Yummmers. Hope you were all surrounded by good family and friends, as I was.
--------------------------------------------
Poetry Friday today is being hosted by Heidi at my juicy little universe. Head over there to see what other people have posted.
at 12:01 AM