A shout out to the Nobel Prize committee for bestowing the Prize in Literature this year on Canadian short-story writer Alice Munro, who said the following once about storytelling:

"A story is not like a road to follow … it's more like a house. You go inside and stay there for a while, wandering back and forth and settling where you like and discovering how the room and corridors relate to each other, how the world outside is altered by being viewed from these windows. And you, the visitor, the reader, are altered as well by being in this enclosed space, whether it is ample and easy or full of crooked turns, or sparsely or opulently furnished. You can go back again and again, and the house, the story, always contains more than you saw the last time. It also has a sturdy sense of itself of being built out of its own necessity, not just to shelter or beguile you.” 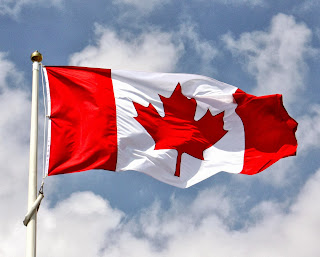 In Ms. Munro's honor, I'm going to post the lyrics to the unofficial Canadian national anthem, "Hallelujah," a song of Leonard Cohen's, covered by dozens of other musicians. If you've ever sung it in a group setting (as we did during a lecture once at Vermont College of Fine Arts - that was glorious!!) you'll know how mysterious, hard-hitting, prayerful and haunting it is, just like the stories of Alice Munro. Below are the lyrics, but you need to hear this song as it is sung live (that last stanza of hallelujahs!) so here is a link to k.d. lang singing it. It's my favorite version - gad, gad, gad, seriously right.

And the line in it that speaks to the writing of Alice Munro?
"There's a blaze of light in every word...."

I've heard there was a secret chord
That David played, and it pleased the Lord
But you don't really care for music, do you?
It goes like this
The fourth, the fifth
The minor fall, the major lift
The baffled king composing Hallelujah

Your faith was strong but you needed proof
You saw her bathing on the roof
Her beauty in the moonlight overthrew you
She tied you to a kitchen chair
She broke your throne, and she cut your hair
And from your lips she drew the Hallelujah

Baby I have been here before
I know this room, I've walked this floor
I used to live alone before I knew you.
I've seen your flag on the marble arch
Love is not a victory march
It's a cold and it's a broken Hallelujah

There was a time when you let me know
What's really going on below
But now you never show it to me, do you?
And remember when I moved in you
The holy dove was moving too
And every breath we drew was Hallelujah

You say I took the name in vain
I don't even know the name
But if I did, well, really, what's it to you?
There's a blaze of light in every word
It doesn't matter which you heard
The holy or the broken Hallelujah

I did my best, it wasn't much
I couldn't feel, so I tried to touch
I've told the truth, I didn't come to fool you
And even though it all went wrong
I'll stand before the Lord of Song
With nothing on my tongue but Hallelujah