I'm excited about the upcoming inauguration of Barack Obama as the 44th President of the United States, though 'excited" is not quite right - thrilled and terrified is more like it, though why terrified? It's not a rational thing, just a worried spot, deep in me.

I found this lovely poem by Fleda Brown (pictured here), written on the occasion of NOT being asked to write an inauguration poem for Bill Clinton. "Any poem would quiver with delight with the chickadee in it..." and quiver it does.

For the Inauguration of William Jefferson Clinton, 1997:

Not having been asked to write the inaugural poem,
even though I am from Arkansas, I will take what's here,
the birds at the feeder, not saving the world but only
being it, each kind of bird taking up its career
to fill out some this-or-that of creation on a small scale,
like this poem nobody asked for and few will hear.
Cold birds, eating extra for warmth, finely detailed
to catch the sun. Ridged out in friction-gear,
they jerk from position to position, as if the eye's
first impressions have been caught before the brain
smooths them out. The chickadee clamps a precise
seed and tosses its shell, nothing amazing.
To start up a fanfare would be to see it as specimen,
to deflect one's attention from the exact life performing
its dip, crack, toss. The long beak of the wren
is extended by a thin white stripe traced full-swing
down the head, so the wren seems half beak. I need
to get these lines, delicate as a Chinese painting.
Any poem would quiver with delight, with the chickadee
in it, or wren, but wouldn't want to do anything
about it. That's the hard thing about writing a poem
that's supposed to inspire the country at a crucial time,
that's supposed to hammer like a woodpecker. No one
could hear, with its hammering red, black, white!
It doesn't bode well for the quiet poem, or the insect
inside the bark, or the old tree crumbling to dust
inside itself while the public word tree holds it erect.
Still, I think when the bleachers no longer rise august
along Pennsylvania Avenue and the meandering ocean
of confetti has been swept up, it is good to cross a bridge
in your mind, to something earlier, oblivious to emotion,
something like wrens going on inside the language.

Fleda Brown is professor emerita, University of Delaware, and past poet laureate of Delaware. You can learn more about her at her Web site, fledabrown.com

Poetry Friday is being hosted this week by Anastasia Suen over at Picture Book a Day.

Poet, Chickadee or President: which would you rather be? 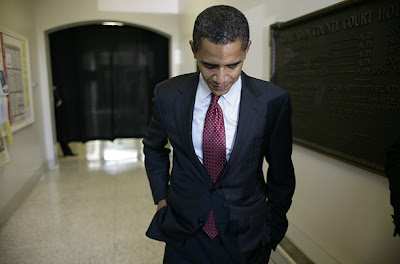