In honor of Poetry Friday, I would like to offer up two thoughts:

1) Praise for A Praise Song for the Day, which I thought struck just the right We-the-People chord at Barack Obama's inauguration - Elizabeth Alexander was plainspoken where she needed to be, musical where she needed to be. And writing an occasional poem which you know many millions of people will be listening to when you read- well, the word "daunting" comes to mind. In fact, I think it's amazing Ms. Alexander didn't faint - she was calm and articulate and spoke from the heart, and I say hurray. This is only the fourth time in American history that a poet has been asked to create and read a poem for a Presidential inauguration. If you want to see the poem written on the page, as many people do (they like it better after seeing it) you can find it here. And you can listen to Alexander read it at the inauguration here. 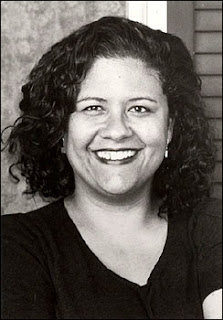 2) This lovely poem by Katha Pollitt, whose prose I know from her "Subject to Debate" columns (wonderful!) in THE NATION but whose poetry I was unfamiliar with. She published her first book of poetry, Antarctic Traveller, twenty-five years ago (it won the National Book Critics Circle Award) and her second book, The Mind-Body Problem, will be released in June. (How do you win a NBCC Award for your poetry and then stop writing poetry?) In any case, I've been looking back over her work and I like it quite a lot. I look forward to reading the new book.

Coffee and cigarettes in a clean cafe,
forsythia lit like a damp match against
a thundery sky drunk on its own ozone,

of beauty, renewal, calm, too late to imagine
people would rather be happy than suffering
and inflicting suffering. We're near the end,

but O before the end, as the sparrows wing
each night to their secret nests in the elm's green dome
O let the last bus bring

love to lover, let the starveling
dog turn the corner and lope suddenly
miraculously, down its own street, home. 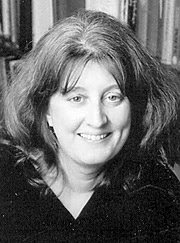