Poetry Friday: A Sonnet for the New Year 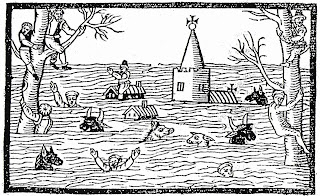 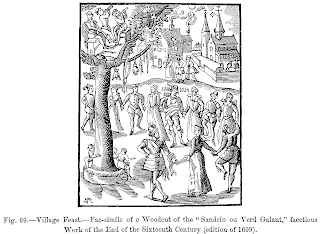 A Sonnet for the New Year

Resolved: to balance my PH, thus, to be less heavyweight,
by filling myself up with pea vines and flax seeds,
cabbage, collards, kale, and barley grass in its raw state,
and to drink more reverse-osmosis water than a body needs.

Resolved: to be less critical, less caustic, to lose my edge
and be kinder to the Self-Help crowd. And to buy fewer books,
to organize my socks. To clean dog hair from under the beds,
to be less chatty, to be more contained, to be less of a shnook.

Resolved: I will control myself. I will be ruled, thus, less unruly.
You won’t even know me. So know me soon, while I’m still Julie.

HAPPY NEW YEAR, ONE AND ALL!
COUNTDOWN TO THE INAUGURATION: 18 DAYS!

Here's one of my favorite quotations of 2008, taken from a September interview of Billy Collins by a reporter for the Washington Times:

Q: The "Billy Collins" character you've created inside your poems, what is he like?

A: He's unemployed, obviously; he must have some kind of trust fund, obviously. He has downshifted tremendously, he is moving 14 mph, while everyone is moving at 65. He has a slow take on things. One of his characteristics is his ability to modulate time and let it wash over him, not to spend it. I wish I were him. I made him up out of other literary characters. He is wonderfully irresponsible. 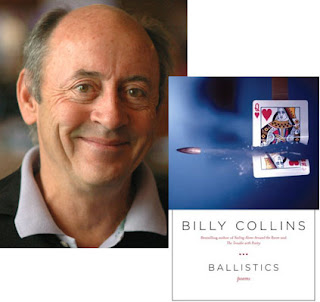 Poetry Friday this week is being hosted over at A Year of Reading.