Poetry Friday: From Bombs to Books - This Day in History

Construction of the Library of Congress 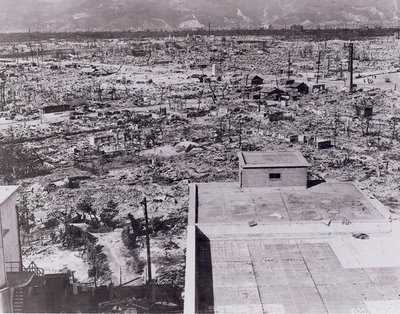 I'm a bit addicted to the "This Day in History" websites - I check them on a regular basis with my morning cup of coffee in hand, and the ghosts of who/what came before haunt me for the day. It is especially eerie to have two very different events occur on the same day, years apart, as is true today:

1. On April 24th, 1800, the Library of Congress was founded. The first purchase order was for 740 books and 3 maps. As of 2008, the collection totaled more than 135 million items. It is a glorious online research tool for fiction and non-fiction writers alike, especially the AMERICAN MEMORY portion of it. When you visit the site, you will be amazed at the material available to you online. If you haven't been there for awhile, definitely check it out again. What has been added in the last couple of years is breath-taking.

2. On April 24th, 1945, Harry Truman was briefed by FDR's former Secretary of War Harold Stimson about the existence of the Manhattan Project, a secret government plan to develop the atomic bomb. Truman wrote in his journal that America would have a weapon "great enough to destroy the whole world." And he still authorized it.

Thinking about that today, I realize how glad I am to have contributed a poem to this Peace Poem project. You can see that the invitation is not exclusive - it's open to any poet of any age, and I encourage you to send something to them by the deadline for submissions, April 30th. Here are three reasons to do it today:

a) When the atomic bomb was first tested in the desert near Los Alamos, New Mexico, the heat generated by the explosion turned the silica sand to green glass ten feet deep and eleven-hundred feet across. The photo below is taken from 10 miles away, 0.0016 of a second after detonation. 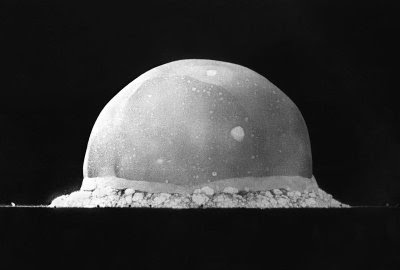 b) The objects in the photos below were found in the debris after the bombs were dropped on Hiroshima and Nagasaki. The lunchbox belonged to a girl named Reiko Watanabe, age 15 at the time - she carried a lunch of peas and rice; when the lunchbox was found, the food had been completely carbonized by the blast. Reiko's body was never found. The second photo is a pocket watch stopped at the exact moment of the explosion. 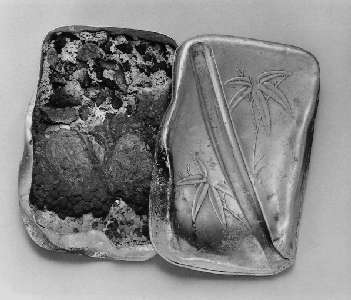 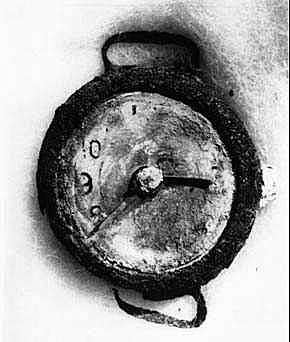 c) Mitakuye Oyasin. That's the title of a Dakota Sioux prayer for harmony. It means, essentially, "We are all related."

So I encourage you to send an original poem about peace to this worthy cause. Proceeds from the sale of the book produced will go towards the building of a hospital in West Virginia which treats people free of charge "using the most modern medical technology and alternative methods including humor, drama, art, music, playful architecture and old-fashioned family doctoring. There will be no insurance required or accepted."

From bombs to books today. I prefer books, thanks! Happy Birthday, Library of Congress! And Harry Truman et al, if one of the reasons you were willing to participate in that kind of genocide (yes, I think it qualifies) was to impress Stalin and keep him out of Eastern Europe (historians say that was as big a reason as ending the war), it didn't work. Violence usually doesn't.